Employee unfairly dismissed for temporary absence due to injury 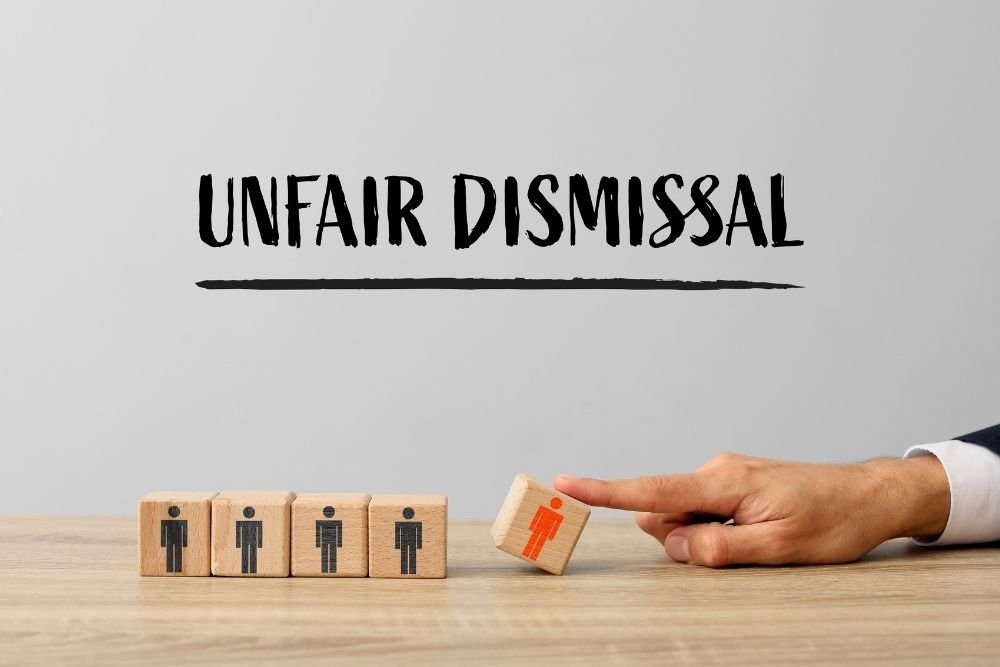 A recent decision of the Fair Work Commission highlights the care employers need to take when dismissing employees for reason of illness or injury.

One of the interesting parts of the Fair Work Commission’s decision is how it deals with the interplay between unfair dismissal and general protections claims.

When an employee is dismissed there are a number of legal remedies open to them. Two of the most common claims that are brought are a claim in unfair dismissal and a claim in “general protections”.

Both are similar in that they need to be brought within 21 days of the termination of employment, but there are notable differences: General protections claims have no cap on the compensation that can be awarded, and the claim is available to any employee, regardless of their earnings or length of employment.

Such unlawful reasons included dismissing someone because they have exercised a workplace right (taking leave, making a complaint about their employment, etc) or on discriminatory grounds (age, disability, gender, etc). There is also general protection in s.352 of the Fair Work Act 2009 from an employee having their employment terminated on the account of temporary illness or injury. In essence, this operates so that employee’s employment cannot be lawfully terminated on the basis of illness or injury until they have exhausted their paid sick leave entitlement and have been absent for at least three months (either in one “block” of absence, or three months in total over the last 12 months).

Generally, employees cannot bring both unfair dismissal and a general protections claim, they must choose one or the other.

In the current case, the employee brought a claim in unfair dismissal, after having less than 3 months of absence due to injury. Interestingly, the Fair Work Commission found that because her dismissal would have therefore breached s.352 of the Fair Work Act (the general protection for temporary absence), this meant that there was no valid reason for dismissal and that she had been unfairly dismissed. This was despite the fact that she had not brought a claim under the general protections provisions of the Fair Work Act, but had opted to pursue a claim in unfair dismissal.

Mrs Rezaeifard was employed by Green Leaves Early Learning Centre as an Assistant Educator on a part-time basis.

In September 2020 Mrs Rezaeifard gave her employer a medical certificate from her GP declaring that it would be best for her to work with children aged 3–5 years due to her chronic back pain, as working with younger children meant that she was required to lift them up – which was exacerbating her condition. This led the employer to require the employee to engage in a functional assessment of her fitness for work. This found that she was currently unfit for work due to back pain, as it meant she could not lift the children in her care (which was an essential part of the role).

A week after this assessment, after an unsuccessful discussion with the employee about potential alternative duties, the employee was dismissed on the basis that she could not perform the inherent requirements of the role.

The Fair Work Commission made the following comments in respect of the relevance of the protection from temporary absence in section 352 of the Fair Work Act on the decision to dismiss:

[106] … Parliament has determined that employees must not be dismissed within three months of being on unpaid leave because an employee has a temporary illness or injury. This is entirely fair, as employees will, at various stages of their working life have to take time off work to deal with various illnesses or injuries.

[107] Employees should not lose their job if they have to take six weeks off work to mend a broken bone. Not all employees will have a balance of six weeks of paid personal leave to cover such a scenario. Nor should employees lose their job if they are having surgery such as a hysterectomy, or retina attachment, or are recovering from hepatitis. A three-month protection is in place for very good reason.

[108] Disappointingly and disturbingly, the Respondent was not aware of the obligations within the Act not to dismiss an employee on unpaid leave within this important timeframe. It blindly determined that she could not, in mid-September 2020, perform the inherent requirements of the role, or any available role, and therefore must be dismissed.

[109] Whilst it is a matter for a court of competent jurisdiction to determine if there is a breach of s.352 of the Act in the event an employee brings an application under s.365 of the Act, which Mrs Rezaeifard did not do, I do not consider it is available for the Commission to ignore the protections afforded to employees s.352 in determining an unfair dismissal claim. It is not appropriate for the Commission to determine if there has been a breach of s.352, as that is the responsibility of the court.

[115] In many conferences I have with parties, I liken the protection at s.352 of the Act to a red light, prohibiting dismissal due to the injury or illness within three months of the period of unpaid leave commencing. It is not then an automatic green light to dismiss once the three months have passed; however, it is no longer a red light. Discussions should occur at around that time so that once the period of three months has passed, and if the employer is determined to dismiss on account of not being able to hold the position for the injured or ill employee, the employee may then have some input into the decision.

[116] Some employers will hold open an injured or ill employee’s role for them well beyond three months of unpaid leave. For example, if an employee is battling cancer, many employers will not count down the period to three months and then terminate the employment once the protected period has been reached. Employees may be in a position to inform their employer that their treatment or prognosis is good, and they may just need a further, a short period of time to recover and return to pre-injury or pre-illness duties. Again, reaching the period of three months is not an automatic right to dismiss; it is simply no longer a prohibition.

In light of the above, the Commission determined that Mrs Rezaeifard had been unfairly dismissed and should be awarded compensation.

In the current case, it appears that the Fair Work Commission (Commissioner Hunt) was of the view that the three month period of time that an employee is required to be absent before they lose the protection of s.352 is only calculated to start once they have exhausted their paid sick leave entitlement.

In other words, take an employee who has a month of paid sick leave accrued. On Commissioner Hunt’s understanding, such an employee could take a month of paid sick leave (at which point their paid entitlement runs out) and then would be protected from dismissal for a further three months of unpaid leave, before they lose the protection under s.352.

The guidance in the Fair Work Commission’s General Protections Benchbook appears to support the latter view: “It appears that if an employee’s absence because of illness or injury lasts for more than 3 months, or if their total absences for illness or injury in a 12 month period amount to more than 3 months, the protection will not apply to them if any part of the temporary absence is not on paid sick leave.”

Given the uncertainty in this area, it is advisable for employers to seek legal advice before determining that an employee has had sufficient absence to lose the protection of s.352 of the Fair Work Act.